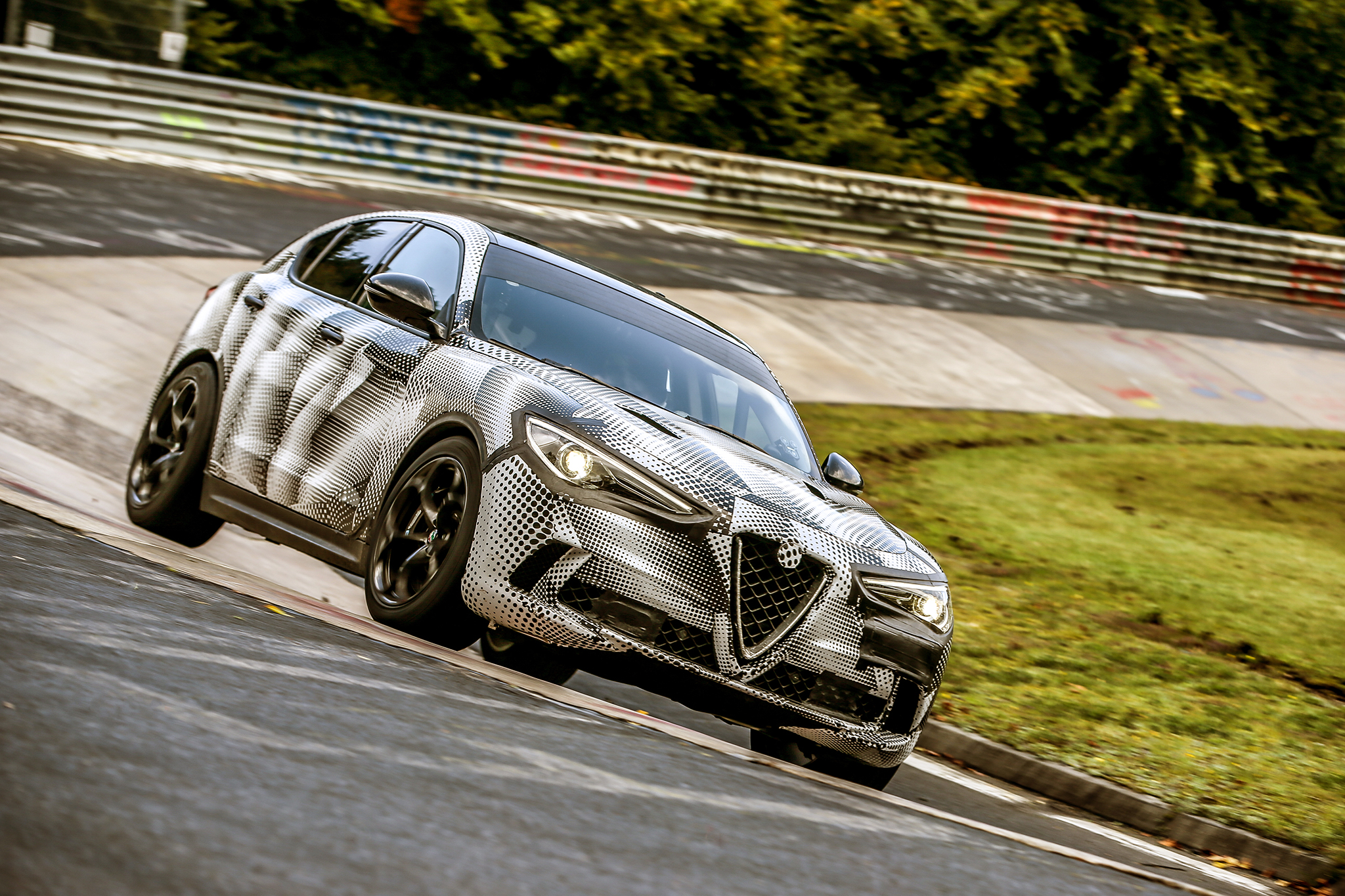 Fresh off the news that Porsche's new 911 GT2 RS broke the Nurburgring's production car record, Alfa Romeo has announced that the Stelvio Quadrifoglio has set a new record for production SUVs. Laying down a time of 7:51.7, the Stelvio was a full 8 seconds quicker than the previous record holder, the Porsche Cayenne Turbo S, according to Alfa. Previously, Alfa Romeo claimed it set a record with the Giulia Quadrifoglio, laying down a time of 7:32.

Using a 2.9-liter twin-turbo V-6 engine, the Stelvio Quadrifoglio makes 505 hp and 443 lb-ft of torque. Thanks to sticky tires and all-wheel drive, Alfa Romeo says it can hit 60 mph in less than 4 seconds. Sadly, the Stelvio Quadrifoglio won't go on sale until early next year, so we have yet to run it through our battery of tests. But when we got our hands on the Stelvio Ti Sport, it left us impressed even though it only packed a 2.0-liter turbocharged four-cylinder.

"The Stelvio scythes through a canyon better than some legitimate sport sedans," wrote associate editor Scott Evans. "The steering responds immediately and precisely as the body leans in like a star running back changing direction. Both the steering and the car feel light and delicate, dancing down the road with the slightest effort. The transmission is always in the right gear, and the engine is surprisingly linear in response. After every corner, you marvel at how fast the Stelvio was able to take it and resolved to take the next one even faster." 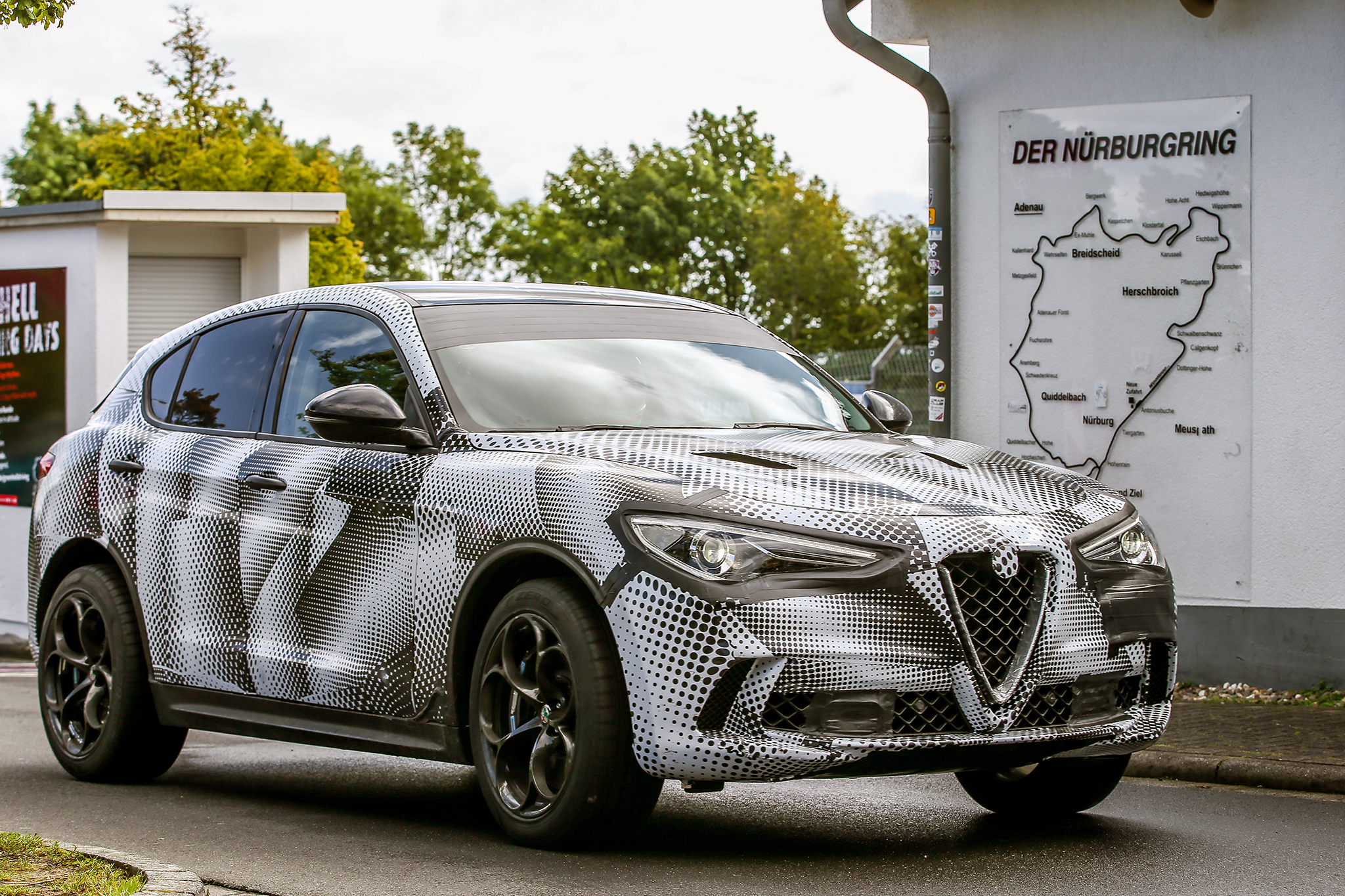 So yeah, if you crank the power from 280 hp up to 505 hp, throw in a torque-vectoring differential, add Brembo carbon-ceramic brakes, and swap the regular seats out for carbon-fiber-shell Sparco racing seats, it makes sense that the Stelvio Quadrifoglio would be that quick around the Nurburgring.

But, of course, we still need to drive it. And based on the video below, boy do we want to drive it.